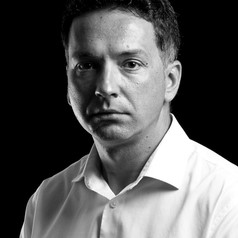 Professor Aristotle Kallis is a specialist in the historical and theoretical analysis of fascism and the radical right, with a particular interest in the formation of extremist attitudes and their relation to the ‘mainstream’. He as educated at the School of History of the University of Athens, Greece and obtained his PhD at the University of Edinburgh. Prior to his current position at Keele University, he held academic posts at the Universities of Edinburgh, Bristol, and Lancaster. He is the co-editor of the Papers of the British School at Rome while also serving on the editorial board of a series of expert journals in the fields of modern history and politics. He is member of the executive committee of the International Association for Comparative Fascist Studies (COMFAS).

Professor Kallis has published extensively on the history of fascism and the radical right; on the rise of far-right extremism in Greece and Germany; on the mainstream-extremism nexus with regard to a number of key themes in the ideology of the far-right, including nationalism, sovereignty, and attitudes to particular groups of ‘others’; on contemporary populism; and on Islamophobia. Among his book publications are: The Third Rome (2014), Rethinking Fascism and Dictatorship (with Antonio Costa Pinto, 2014); Genocide and Fascism (2009), The Fascism Reader (2005), and Fascist Ideology (2001). He is also the author of the SETA report on the Radical Right in Europe; the co-editor of the Hedayah/SETA report on the violent radicalisation of the far right; and the author of the entry for the United Kingdom in the annual European Islamophobia Report.

Professor Kallis has maintained a strong public engagement profile in his fields of expertise. He is a member of the board of the European Muslim Initiative for Social Cohesion (EMISCO) and in this capacity has participated in a number of international fora at the European Parliament, the U.N. Human Rights Agency, and the Council of Europe. He has also served as series advisor for the CBC documentary ‘Love, Hate, and Propaganda”; and has been interviewed for a number of TV documentaries on history and politics.