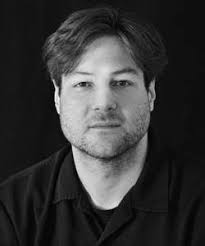 Professor Matthew Feldman is a specialist on fascist ideology and the far-right in Europe and the USA. He has written widely on these subjects, for both academic and general audiences. He has long researched the interaction between politics and faith in the modern world, and has taught these subjects for some two decades to school, undergraduate and postgraduate students. An Emeritus Professor in the History of Modern Ideas at Teesside University, in 2013 Prof. Feldman led Britain’s first unit dedicated to analysis of radical right extremism, the Centre for Fascist, Anti-fascist and Post-fascist Studies (CFAPS), and prior to that, directed the Radicalism and New Media Group at the University of Northampton. He is a Visiting Professor at Richmond, the American University in London, having previously held fellowships at the universities of Bergen (Norway), Birmingham and Oxford (thrice). He is an editor of Wiley-Blackwell’s online journal, Compass: Modern Ideologies and Faith, and co-edits two academic book series Bloomsbury Publishers, Modernist Archives and Historicizing Modernism.

A key feature of his work is a distinguished record of public engagement and policy-based impact. This has included expert witness testimony in several high-profile terrorist trials relating to radical right extremism – including the first conviction under the UK’s 1996 Chemical Weapons Act. This work has also extended to submitting evidence to the All-Party Parliamentary Groups on Anti-Semitism, and on Islamophobia, alongside consultation for various UK police constabularies. Professor Feldman has participated in discussions on radical right extremism in House of Lords and House of Commons debates; briefing sessions with Special Branch, DCLG and the Ministry of Justice; as well as in keynote lectures for prosecutors’ and police officers’ associations; the Home Affairs Select Committee and the Council of Europe’s Debates on Democratic Security. Policy engagement also focusses upon Islamoprejudice – notably three of the first empirical reports on anti-Muslim hate crimes for Faith Matters (2013-5) – alongside contributions on post-‘Brexit’ racism and ‘Islamophobia’. He has also appeared in more than 700 radio and television programmes to discuss fascism, the radical right, and far-right extremism.

Professor Feldman is the author or editor of more than 20 books, including three monographs, and more than 40 articles or academic book chapters. Published volumes underpinning his expertise include Clerical Fascism in Interwar Europe (Routledge 2008); A Fascist Century (Palgrave: 2008); and, with Roger Griffin, the five-volume collection Fascism: Critical Concepts (Routledge 2003). More recent volumes include Doublespeak: The Rhetoric of the Far-Right since 1945 (Columbia University Press. 2014); The ‘New Man’ in Radical Right Ideology and Practice, 1919-1945 (Bloomsbury 2017), as well as the journal specials ‘Far-right Populism and Lone Wolf Terrorism in Contemporary Europe’ (Democracy and Security, 2013) and ‘The Ideologies and Ideologues of the Radical Right’ (Patterns of Prejudice, 2016). His most recent monograph, Ezra Pound’s Fascist Propaganda, 1935-1945, appeared with Palgrave in 2013, and his second collection of essays, Politics, Intellectuals and Faith, is due to appear in 2019. Professor Feldman has also contributed several dozen reviews to Times Higher Education, in addition to a wide range of comment texts and opinion pieces for online and print outlets.