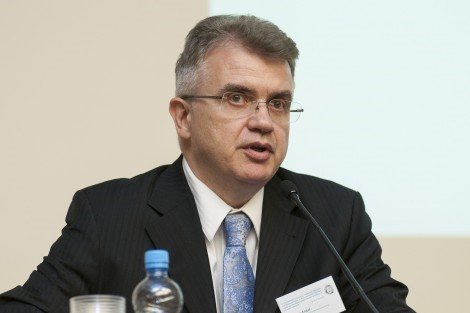 President of the European Centre for Democracy Development in Latvia.

Chairman of the Expert Board of the European International Tolerance Centre in Riga.

Director of the Institute of the Ethnic Policy & Inter-Ethnic Studies in Moscow.

History of Russian Jewry; the Jewish Question as a Factor in International Relations in 20 century; comparative and motivational Analysis of modern Xenophobia and Radicalism in Europe; radical right movements and ideologues in Former Soviet Union.

Dr. Valery Engel is an expert on the radical right in former Soviet Union countries. The subject of his special interest is also the comparative and motivational analysis of European xenophobia and radicalism. The methodology developed by him was successfully applied in the preparation of a number of collective studies in this field. It includes the study and analysis of legislation, law enforcement practices, power rhetoric concerning minorities, public xenophobia in relation to various groups of the population, the activities of radical organizations, etc.

From June 2015, Dr. Engel is the Chairman of the Expert Board of the European International Tolerance Center (EICT) – www.civic-nation.org – located in Riga (Director – Rabbi Barkan, President – V. Sternfeld). He became one of the authors, the chief editor and scientific director of the project of EITC “Xenophobia, Radicalism and Hate Crime in Europe”. The program includes the preparation of an annual report on the basis of a special methodology for comparative analysis in 10 European countries (from 2018 – in 15 countries). The report is preparing by an international team of authors and presenting on the sidelines of the Human Dimension Implementation Meeting  in Warsaw, HRS Council plenary meeting, UN Forum for National minorities issues, etc.

Dr. Engel organized within the program “Xenophobia, Radicalism and Hate Crime in Europe” two annual conferences “The Holocaust and Modern Radicalism”, which were held in Riga in 2016 and 2017. At these conferences, he delivered a keynote speech on the topic.

Dr. Engel is the author and chief editor of 7 books: “The Jewish Question” in Russian-American Relations: the Case of the “Passport Question” 1864-1913″  (Moscow, publishing House of the Russian Academy of Science NAUKA, 1998) ; the Textbook on the History of the Jews in Russia for students of historical universities (National Jewish Academy of Maimonides in Moscow, 2003); three volumes of “White Papers of Hate” – 2013-2015; “Xenophobia, Radicalism and Hate crime in Europe, 2015”, EITC-2016; “Xenophobia, Radicalism and Hate crime in Europe, 2016”, EITC-2017. He is also the author of a number of scientific articles on contemporary anti-Semitism, xenophobia and radicalism.