Twenty-five years after the conclusion of the Branch Davidian standoff near Waco, Texas — the compound burned on 19th April 1993 — propagandists and activists on the radical right are once again turning to Waco. Waco, they say, shows what the government will do to those Americans who have heterodox religious or political views, especially if they are also gun enthusiasts.

For a quarter of a century, the Waco debacle has been cited as proof that the government is the enemy of the American people. A whole industry of films, books, websites and underground publications is devoted to elaborating conspiracy theories purporting to show the government engaged in mass murder. Waco was the single most important spark igniting the radical militia movement of the 1990s. It was cited by Timothy McVeigh as the reason he murdered 168 people in an Oklahoma City bombing on the second anniversary of the Waco fire.

But the mythologizing of the facts of Waco — where the government unquestionably made grave errors, but did not deliberately carry out a mass murder of innocents — is not limited to the radical right. It’s in the mainstream, too.

The latest example of this — and arguably one of the most damaging — came earlier this year in the six-part “Waco” mini-series by the Paramount Network. The series gets almost everything wrong. I know this because I covered the Davidian saga as a news reporter, including the trial of 11 surviving Davidians, and because I have read — unlike, apparently, Drew and John Erick Dowdle who created and produced the show — the detailed Treasury Department and Justice Department reviews, not to mention the exhaustive 2000 report by Special Counsel and former U.S. Senator John C. Danforth.

The Davidians were hardly the peaceful victims the Dowdles paint them as. The search warrant for the initial raid was based on solid evidence the Davidians were manufacturing, using and selling illegal weapons and silencers, and indeed 48 fully automatic machine guns were found in the ashes after the fire. Koresh preached constantly that Armageddon was approaching, and that his followers would have to meet the forces of “Babylon” — the government — with force.

And, in fact, when Koresh learned 45 minutes in advance of the imminent 28th February 1993, raid on the compound, he used the time to order the men in the group to retrieve heavy weapons and go to the second story of the main building. From there, through windows arranged like firing ports, the Davidians, wearing ammunition vests sewn by the Davidian women months earlier, rained down a deadly fire on arriving agents of the Bureau of Alcohol, Tobacco and Firearms, killing four and wounding some two dozen others.

It’s still a matter of dispute who fired first, although the mini-series strongly suggests that it was the authorities. And ATF agents may have first shot a dog approaching them, setting off the firefight. But three reporters who were there that day have each testified that they believed the Davidians fired first.

Contrary to the claims of “Waco,” there was no gunfire from the helicopters — though Davidians did shoot at them, forcing them to the ground.

Similarly, Michael Schroeder, who was off the compound when the raid occurred, did try to sneak back in later that afternoon with two other Davidians. But he was not an unarmed man murdered by the ATF. The truth is that Schroeder ambushed the agents when he spotted them, and was shot dead in response.

Unlike some propaganda, “Waco” does not definitively say that the government started the fire on 19th April, but it strongly implies that. At one point, it shows a Davidian putting out a small fire that was apparently caused by the CS gas or the tanks used to inject it. And it alludes to the notion that CS gas is inflammable and that it would be a “war crime” to use it against civilians or others.

None of that is true, even though a 1999 poll showed 61% of Americans believed the government started the fire. The fire was unquestionably lit by the Davidians themselves. As the Danforth Report concluded: “Government agents did not start or spread the tragic fire of April 19, 1993, did not direct gunfire at the Branch Davidians [that day], and did not unlawfully employ the armed forces of the United States. In fact, what is remarkable is the overwhelming evidence exonerating the government from the charges made against it.”

It’s not much of a surprise that the mini-series gets so much wrong, given that it is largely based on A Place Called Waco, a book by a Davidian survivor named David Thibodeau. Thibodeau, who suggests among other things that the Davidians did not set the fire, is either a liar or a fool, and his book is self-serving tripe.

At times, “Waco” devolves into absurdity. It is cartoonish in its depictions of evil ATF and FBI officials and the earnestly seeking, goodhearted Davidians. At one point, Koresh, who in real life was a monster ultimately more responsible for the bloodshed than anyone, is shown with what is apparently a halo of heavenly light around his head as he supposedly communes directly with God.

“Waco” is only the latest film of its ilk.

It began in the 1990s with “Waco: The Big Lie,” a film by militia enthusiast Linda Thompson that claimed tanks with flamethrowers started the 19th April fire. Others include “Waco: The Rules of Engagement” (which won an Emmy for outstanding investigative journalism) and “Waco: A New Revelation.” Both were largely based on the claims of the late Michael McNulty, an ideologue who asserted that the government shot down Davidians who were escaping the fire.

Dan Gifford, executive producer of “Waco: The Rules of Engagement,” said at the time that his film shows that “mass murder by one’s own government in this country is very possible.” Such bogus claims, like those of the people who wrote and produced the recent “Waco” mini-series, have consequences.

There’s no question that officials made mistakes in Waco, some of them terrible. The ATF was warned that the Davidians knew they were coming, but went ahead with their raid regardless. There were opportunities to arrest Koresh away from the compound that were not taken. Raid commanders tried to cover up their failures, and FBI officials failed to report that they had fired pyrotechnic rounds on 19th April that might have started a fire.

But the government did not set out to carry out a mass murder. A huge team of FBI negotiators worked day and night to convince the Davidians to leave their compound peacefully. At the end of the day, the Davidian standoff is not so much a horrifying example of a heedless government gone mad as it is a classic case of a complex situation used to evil effect by opportunistic fabulists.

Mr Mark Potok is a Senior Fellow at CARR, and a freelance journalist who covered the Waco standoff and the trial of Timothy McVeigh. For more information, see his profile here:

©Mark Potok. Views expressed on this website are individual contributors’ and do not necessarily reflect that of the Centre for Analysis of the Radical Right (CARR). We are pleased to share previously unpublished materials with the community under creative commons license 4.0 (Attribution-NoDerivatives).

A longer version of this article can be found at the Daily Beast: 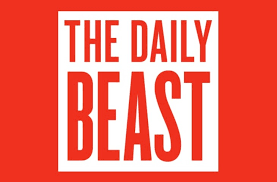