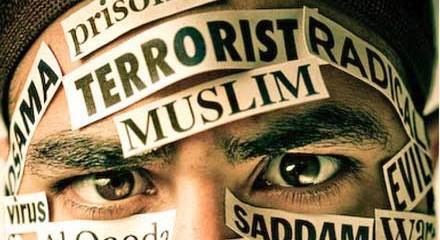 How different was the world in 1997? That was the year when the Runnymede Trust published its landmark report on Islamophobia, drawing attention to the then growing threat of anti-Muslim prejudice, discrimination, and violence in western societies. The late-1990s was the time of peak-liberal illusions about the capacity of the new world system to guarantee peace and stability, prosperity and justice, inclusivity and diversity.

Twenty years is always a long time. But these twenty or so years have felt extraordinarily long, dense, confusing, disquieting. The Runnymede Trust’s new report on Islamophobia, published last November to coincide with the twentieth anniversary of the original report, is yet another sobering landmark on the twisted path of countering anti-Muslim prejudice or indeed prejudice and ‘othering’ as a whole. Calling for Islamophobia to be defined officially as “anti-Muslim racism”, the report notes that increased public awareness and advances in law have not reversed the trend towards intensification, institutionalisation, and normalisation of Islamophobia in contemporary British society.

No summary can do justice to the complexity of the picture captured by both the original and more recent Runnymede reports. But I wanted to draw attention to one particular aspect of the current discourse on Islamophobia. The radical right may still dominate the terrain on Islamophobic rhetoric; in fact, anti-Islam sentiment and anti-Muslim rhetoric have become the ‘lingua franca’ of an emerging transnational coalition of radical-right leaders and parties in Europe and elsewhere. However, as Hope Not Hate found in a recent report, attitudes on the ‘hostile’ end of the Islamophobic spectrum – the one associated with the far and radical right, that is – have hardened considerably in recent years.Seven out of ten respondents who identify with this group linked Islam to terrorism and human rights abuses. Perhaps more importantly, the size of this ‘hostile’ group has not changed appreciably in the past five years: half of the entire sample of interviewees still consider Islam threatening to the British/western ‘way of life’ – a drop only 4% since 2011. Such findings undermine the cozy fiction that Islamophobia is the sole reserve of extremism and extremists.

While writing the chapter on the UK for the 2017 European Islamophobia report, I came across instances of normalisation and institutionalisation of Islamophobia that cut not only across spheres of life but also through that all-important and yet so fragile line that allegedly separates the ‘mainstream’ from ‘extremism’. And while constituencies of the far and radical right continued to make by far the most noise and use the most divisive language against Muslims, it is clear that Islamophobia is significantly more widespread and ‘rooted’ across the political spectrum and mainstream society than could be comfortably accommodated by liberal democracy as a whole.

I write this post in the shadow of Viktor Orban’s stunning electoral landslide in Hungary – a landslide that was built in no small measure on some of the most unreformed anti-Muslim and anti-Jewish stereotyping ever used in the context of public discourse in post-War Europe. Orban is of course a ‘centre-right’ politician who outdid in Islamophobic spleen the supposedly ‘far right’ in his country – resorting to the core radical right playbook of anti-migrant politics.

Meanwhile, a row has erupted in the ranks of the Labour Party in the UK about an alleged persistent culture of antisemitism inside the ranks of the British left. The row has escalated rapidly and raised wider questions about racism in all its forms and targets. Is this contemporary racism exclusive to the margins of the political and societal spectrum? Is it linked to specific ideological or social attributes, such as the far right or the so-called ‘left behind’ of globalisation? And, by implication, does the absence of these attributes make one – person, party, class, country – impervious to each and every form of racism?

From the viewpoint of 2018, the answer to all these questions is the same disquieting ‘no’. Islamophobia, as anti-Muslim racism, spans the political spectrum and lurks just beneath the shining surface of normative western mainstream society. What is more, the trend is towards more polarisation of public debate and the creeping normalisation of Islamophobic language, opinions, attitudes, and even laws – as mainstream figures adopt the radical right’s questioning of Islam’s role in the public sphere.

Of course the radical populist right will continue to be at the forefront of anti-Muslim scare-mongering. But the Islamophobic spectrum from the fringes to the mainstream remains a disturbing continuum, feeding from the same sources of pervasive cultural and historic suspicion and animosity towards the Muslim ‘other’. “Still a challenge for us all”, runs the subtitle of the 2017 Runnymede Trust report, echoing the original 1997 subtitle. Indeed; and every attempt to displace it to an imagined ‘extreme’ or relativise it vis-a-vis some other ‘phobia’ or ‘ism’ or country becomes part of the problem – failing to identify traces of racism in our midst.

Professor Aristotle Kallis is a Senior Fellow at CARR, and is Professor of Modern and Contemporary History at Keele University. See his profile here.

©Aristotle Kallis. Views expressed on this website are individual contributors’ and do not necessarily reflect that of the Centre for Analysis of the Radical Right (CARR). We are pleased to share previously unpublished materials with the community under creative commons license 4.0 (Attribution-NoDerivatives).