Spring 2018 marks a dark anniversary for those who study the radical right. Nineteen years ago, David Copeland, self-appointed member of the White Wolves and more infamously known as the “London Nail Bomber”, was in the midst of his bombing campaign. Targeting communities in East London, Brixton and Soho, his goal was to divide society and inspire a race war by triggering a backlash of violent reprisals. For two weeks he targeted innocent civilians before being arrested on 2nd May 1999.

For many years, his was the most significant terrorist attack in the UK by a neo-Nazi. Copeland is currently serving life imprisonment, having murdered three people, including an unborn baby, in his terrorist campaign. He was inspired by The Turner Diaries, described by the FBI as the ‘bible of the racist right’, particularly the conclusion which marks the white supremacist victory in the global ‘race war’ occurring ‘110 years after the birth of the Great One’. The latter is a reference to Adolf Hitler, born in April 1889 – exactly 110 years before Copeland’s sickening bombing spree.

Yet it wasn’t until five years ago, on 29th April 2013, when a Ukrainian national named Pavlo Lapshyn took the life of an innocent grandfather in Birmingham, Mohammed Saleem, that the political discourse and media coverage on neo-Nazi terrorism saw a sharp refocus. 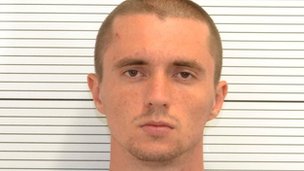 Ordinarily an act of terrorism would trigger a COBRA meeting, an emergency response committee of ministers, civil servants, police and intelligence officers that takes place in the Cabinet Office Briefing Room; but immediately following this incident, there was no obvious motive or suspect. At first Mr Saleem’s murder appeared to be a brutal and senseless act, rather than a political act of far-right terrorism. This was in contrast to the murder of Lee Rigby just a few weeks later in which the killers gruesomely broadcast both their Islamist motives and their identities from the scene of their attempts to behead him.

It was not long afterward, however, before Lapshyn resurfaced, targeting more members of our Muslim communities by planting bombs at Mosques in Tipton, Walsall and Wolverhampton. Mercifully there were no casualties in his bombing campaign and, after thousands of hours of CCTV footage was painstakingly examined by investigators, he was finally caught on 17th July 2013. During his police interviews Lapshyn confessed to killing Mohammed Saleem. Eight weeks after his tragic murder, Mohammed Saleem was rightly recognised as the victim of an act of terrorism.

This horrific tragedy was the catalyst that sparked an even more concerted impetus by government, police and the UK Prevent strategy to tackle neo-Nazism and radical right extremism more generally. Both James Brokenshire and Theresa May (then Security Minister and Home Secretary, respectively) visited the family of Mohammed Saleem, as well as meeting communities affected by the bombing campaign. The Home Secretary insisted she be kept personally informed of all developments, and even made specific mention of this “series of terrorist attacks” in a subsequent conference speech.

To receive such personal attention from two of the country’s most senior politicians reflected the gravity of the crime as well as the significance with which extreme far-right terrorism would be addressed. At the time of this increased political attention, Mr Saleem’s daughter Shazia Khan bravely spoke to the media, and was entirely correct when she said: ’It was an act of terrorism because he was killed for his faith and that is exactly what the police have arrested this man for, on terrorism grounds.”

In October 2013, just six months after his campaign of terror began, Pavlo Lapshyn was tried and convicted as a terrorist. He justifiably received a life sentence in prison.

While the main terrorist threat to the UK is still from Islamist extremists inspired by Al Qaeda and Daesh, recent figures published by the Home Office show an increasing vigilance regarding the reciprocal threat from the extreme radical right. Indeed, wholly one third of those receiving interventions through the Channel ‘deradicalisation’ programme are linked to this ideology.

The Prevent strategy is a natural solution to the problem of radical right extremism, with Islamist extremists sharing many traits with their hateful cousins: supremacy, misogyny, homophobia, virulent anti-Semitism and deep immersion in conspiracy theories. Radical right and Islamist pathways to radicalisation can also be identical, involving similar combinations of social and emotional factors. Early intervention through Channel is effective, with 80% of those who participate in this voluntary programme leaving the process with their predilection for extremism reduced; but it is only one part of the solution.

The British government can also use legislation to proscribe those groups deemed to represent a threat to national security. Since November 2016, the UK has proscribed three neo-Nazi organisations, National Action, Scottish Dawn and NS131 (the latter standing for National Socialist Anti-Capitalist Action). The ban is a tough piece of legislation because it means these groups are officially designated terrorist organisations. This entails that membership, support, and even promotion of these groups is a crime. It is a further sign that the problem of radical right terrorism is being taken more seriously.

Police and politicians now call out these acts of terrorism for what they are, and as we saw with the Finsbury Park vehicle ramming attack in 2017, the recognition of the attack as radical right terrorism took minutes, not weeks.

In our post-Brexit landscape, it feels as if the UK is becoming increasingly polarised – an environment that extremists of all stripes will exploit. The solution cannot solely lie with laws and interventions, we must be preparing young people to grow in a society that binds them together. We should be instilling in them not just a tolerance of others, but a proactive acceptance of one other. Teaching young people how immigration benefits Britain and Europe, while showing them that political processes and peaceful protest can and do make a difference, will surely help to and reduce the willingness to seek out violent alternatives.

These were causes championed by the British MP Jo Cox, murdered by a neo-Nazi a week before the Brexit vote. She reminded us that we must resist division, acknowledge that we have more in common, and embrace those things that bind us. The radical right feeds on division and I fear if we cannot translate Ms Cox’s words from a hashtag to a fundamental change in our society, then violence and terrorism will become normalised – and we will never heal this rift.

Mr William Baldet is a Policy and Practitioner Fellow at CARR, and a Countering Violent Extremism practitioner. For more information, see his profile here:

©William Baldet. Views expressed on this website are individual contributors’ and do not necessarily reflect that of the Centre for Analysis of the Radical Right (CARR). We are pleased to share previously unpublished materials with the community under creative commons license 4.0 (Attribution-NoDerivatives).