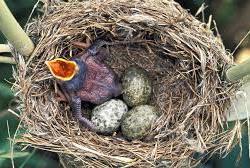 In late May 2018, I was invited to a conference to run workshops with a group of safeguarding professionals in London. The topic of my talk was “Right wing extremism and the Prevent Duty”. While preparing for these workshops, I reflected upon my work over the last eight years; first within counter terrorism policing, then as a PhD researcher exploring the applicability of the Prevent Strategy on right wing extremism in the U.K., and latterly in my current role in devising new ways of countering violent extremism online.

It was during this reflection that I pondered; where is this all going? Will we still be talking about Countering Violent Extremism (CVE) in the next twenty years? Will the CVE “industry” be a viable career path for my children? I hope not.

I can’t help but feel it was never meant to be this way. CVE was never meant to become the new policy fiefdom that sits ambiguously between integration efforts and counter terrorism. And yet, when you look at the trajectory of the work in this area, that is exactly what has happened.

This CVE industry has crept into the nest of government policy and proceeded to gobble up resources, time, energy and, ultimately, legitimacy from other policy areas. I have said time and time again that the greatest policy deficit from a British perspective relates to integration. Indeed, I see the same mistake being replicated internationally. Many government-funded development programmes are framed as CVE, even when the work to be carried out is very obviously integration focussed. This matters because we have seen the impact of engaging with communities, particularly Muslim communities, through a lens of perceived suspicion and mistrust. Nevertheless, the lessons are not being learned.

In the U.K., we don’t talk about CVE as much as other countries, particularly across Europe and the U.S. This is because much of our work to counter violent extremism is delivered under the auspices of the Prevent Strategy, which is as much about safeguarding as anything else.

Having a counter terrorism “Contest Strategy” that consists of four strands – Prepare, Protect, Prevent and Pursue – now very clearly separates work conducted to prevent individuals being drawn into terrorism from integration efforts. The Prevent Strategy of 2011 even states that “Prevent depends on a successful integration strategy”. However, it is a quirk of fate that the great divorce between Prevent and integration should coincide with the reduction of local council funding (by 40% in many cases) for the very roles that would then be expected to deliver this integration strategy.

For me, “CVE” should sit within a counter terrorism response. To date, I’ve yet to hear a compelling rationale convincing me that violent extremism is not simply a new way of describing terrorism.

And yes, countering terrorist narratives and preventing people from becoming terrorists is a surprisingly new addition to traditional counter-terrorism efforts; those most associated with surveillance, investigations and courtrooms. But they are all still part of the response to terrorism, and should be seen as belonging to the same family of policy provision. To pretend otherwise is the same as saying police officers visiting the address of a vulnerable person to give them burglary prevention advice is somehow separate to a strategy to reduce burglary offences.

Often people talk about the “securitisation” of policy provision. When you look further into this, it is often a charge laid at the doorstep of Britain’s police; if you’re talking about the “pre-criminal space”, then why are the police involved at all? I think this misses the point of what the police service is. It is principally a crime prevention organisation. That’s how it came into being and the same is true today as in 1829, when Sir Robert Peel, the founder of the Metropolitan Police, listed this as the first of the nine principles of policing. The police have a legitimate role to play in the prevention of terrorism, just as much as they do in preventing (particularly young) people joining gangs, misusing drugs, or being sexually exploited. More often than not, the police service is better suited to dealing with the uncertainties in the preventative space than many other organisations.

Should the police service have a role in preventing people being drawn into terrorism? Yes. Should they have as much of a role as they have so far? No. But this depends upon partners stepping in to help. Policing is no longer the sole preserve of the police service. For years now, organisations other than the police have carried out policing functions – and the response to terrorism is no different.

Just what does this all mean for efforts to prevent right wing terrorism in Britain? We place far too much reliance upon the Counter Extremism and Prevent policy areas in responding to this phenomenon; and of course, the same is true with regards to efforts to prevent Islamist terrorism. If, in the international context CVE is the cuckoo in the nest, the same could be said of the U.K.’s counter extremism approach.

Put simply, we do not need a separate Counter Extremism Strategy. When I read the strategy, it was clear to me that many of the issues highlighted are more akin to integration efforts than countering extremism. One might think the Government would have learned from the first two iterations of Prevent – which failed to include radical right extremism – how not to frame integration efforts in this way. It only sows further division between communities.

We need to fundamentally review the positionality and primacy of our integration efforts. That means empowering frontline practitioners to have those difficult conversations, and to understand that local issues can be used to feed into terrorist narratives of isolation, injustice and grievance. During my PhD research, I found a distinct lack of training for frontline practitioners as to what radical right extremism is. Linked to this are concerns that legitimate political views – including perhaps negative views on multiculturism, or the impact of uncontrolled immigration on local communities – could be perceived on their own as vulnerabilities to being drawn into terrorism. In the absence of proactive engagement by local authorities on these issues, the expansion of the extremism paradigm will continue.

Counter Extremism efforts have become all things to all people. It is time we kicked the intruder out of the nest, and committed ourselves to getting the basics right. That means building integrated communities from which terrorists will find it a great deal more difficult to recruit.

Dr Craig McCann is a Policy and Practitioner Fellow at CARR, and Principal at Moonshoot CVE, a boutique start-up specialising in countering violent extremism. See his profile here.

© Dr. Craig McCann. Views expressed on this website are individual contributors’ and do not necessarily reflect that of the Centre for Analysis of the Radical Right (CARR). We are pleased to share previously unpublished materials with the community under creative commons license 4.0 (Attribution-NoDerivatives).