“Schools should be safe spaces in which children and young people can understand and discuss sensitive topics, including terrorism and the extremist ideas that are part of terrorist ideology, and learn how to challenge these ideas. The Prevent Duty is not intended to limit discussion of these issues.”

As a practitioner who has worked in Prevent since 2013, I am well aware that it is not without controversy. Some of its ardent critics would say that it has a “chilling effect” on free speech and open debate, particularly within education. However, as the Prevent Duty guidance states, the very opposite should be true. In fact, building children’s resilience to radicalisation through debate, decision-making, citizenship and the development of critical thinking skills is one of the cornerstones of Prevent in education.

A recent report from Coventry University’s Centre for Peace, Trust and Social Relations found high confidence in implementing the Prevent duty in education and little support for the notion of a “chilling effect” on conversations with students in the classroom and beyond.

Latest Home Office figures note that education is currently the biggest source of Prevent referrals nationally, accounting for 32% of the total number of people referred in 2016/17. Yet, while it is true that teaching staff can be amongst the first to spot the possible signs of radicalisation, one of the most important things that schools can do is to build resilience to extremism in the first instance. Critical thinking is a key part of this.

Why is critical thinking so important? Firstly, because extremists thrive on propagating a binary, black and white view of the world, encouraging a “them against us” mentality. Most of the high-risk Prevent referrals I have dealt with were attracted by the certainty of clear extremist narratives that left no room for nuance or doubt. From the 15 year old white supremacist who believed that Muslims wanted to kill westerners and that a race war was on the horizon, to the young convert to Islam who believed that Muslims were not welcome in the UK and so the only place he could freely practice his faith was in the so-called caliphate of the Islamic State, or Daesh. Through Channel support, Prevent introduces shades of grey and encourages such individuals to think deeply, challenge themselves and consider alternatives in order to protect themselves from radicalisation.

Secondly, our social media platforms are awash with so-called ‘fake news’ and propaganda and if children are to be well informed and safe it is important to question the source of nearly everything they see online. From seemingly innocuous rumours about celebrities to malevolent attempts by extremist groups to spread fear or recruit vulnerable people, careful consideration is required to avoid falling prey to emotional manipulation.

Added to this is the damage to integration and community cohesion that can result from a lack of critical thinking or reporting, even within the mainstream media. Consider the language used when national newspapers cover terrorist attacks. How quickly are Muslim offenders labelled terrorists and their crimes linked to faith by some outlets? Meanwhile, a more nuanced view is sometimes taken when attackers are non-Muslim. A crude but effective example of this is a simple headline comparison (shown in figure 1 below) following the Westminster Bridge and Finsbury Park Mosque attacks in 2017. 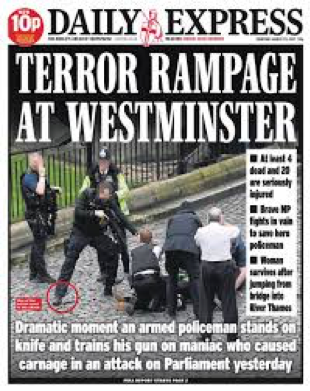 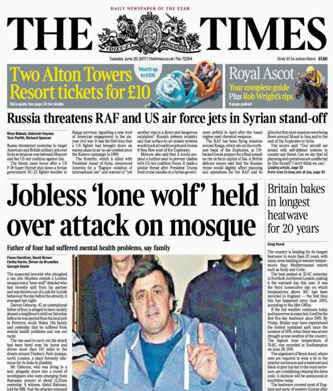 The consequences of this could be increased mistrust of minority communities, spikes in hate crime, particularly islamophobia and, at worst, revenge-style attacks. And this breakdown of community cohesion is exactly what extremists on all sides want to see.

So what can we do about it? Well, one of my favourite pieces of advice came from my daughter when she was just 5 years old when she sagely warned me to check my news from three different sources before deciding what to believe! She learned this from the e-cadets at her school.

In Prevent, we aim to improve resilience and critical thinking through outreach programmes and projects such as Real Talk– a Leicestershire innovation that brings augmented reality workshops to schools in order to raise awareness of extremism, challenge stereotypes, encourage dialogue and provide tips on how to spot fake news.

Education and PVE professionals can build resilience to radicalisation by embedding the values of our society – democracy, rule of law, individual liberty and mutual respect and tolerance of those with different faiths and beliefs – within their programmes and curriculums. This can be simpler than it sounds.

As a final point it is worth noting that critical thinking is not just important in the Prevent-sphere. In today’s society, critical thinking builds resilience not just against radicalisation, but against a wide range of social harms and complex safeguarding issues; both online and offline. It is vital that our schools and wider society embrace this more broadly in order to foster active and engaged citizens.

Mr. Sean Arbuthnot is a Policy and Practitioner Fellow at CARR, and a local Prevent Co-ordinator & Training consultant in the UK. See his profile here.

© Sean Arbuthnot. Views expressed on this website are individual contributors’ and do not necessarily reflect that of the Centre for Analysis of the Radical Right (CARR). We are pleased to share previously unpublished materials with the community under creative commons license 4.0 (Attribution-NoDerivatives)

This blog has been adapted from #UKPastoralChat’s latest newsletter. The original can be found here: 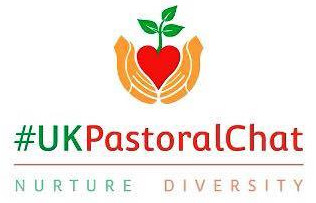