The alt-right has been perhaps the most successful rebranding of fascist ideology since the Axis dénouement of 1945. Fascism has been a vexatious term for almost as long as fascist movements have existed, historically resistant to definition and typically now used as either an insult or political hyperbole. Yet the utility of the term as a definitional starting point for understanding fascists both past and present has changed markedly over the last generation, with a confluence of scholarly views on this forward-looking, revolutionary and even cultic form of (usually ethnically-based) integral nationalism:

Since it first emerged in the wake of World War One, fascism can be profitably conceptualised as a specifically modern form of secular ‘millenarianism’ constructed culturally and politically, not religiously, as a revolutionary movement centring upon the ‘renaissance’ of a given people (whether perceived nationally, ethnically, culturally, or religiously) through the total reordering of all perceivedly ‘pure’ collective energies towards a realisable utopia; an ideological core implacably hostile to democratic representation and socialist materialism, equality and individualism, in addition to any specific enemies viewed as alien or oppositional to such a programme.[1]

Not all groups falling under the racist umbrella of the ‘alt-right’ fit this view; for instance, the arch-reactionary racists of the League of the South take their inspiration from the Civil War-era Confederate States of America. Yet most of the ideologues and activists self-identifying with the alt-right movement fit this understanding like hand in glove.

To pursue this simile a bit further, far from jackbooted paramilitaries marching across the ‘fascist epoch’ between 1919 and the end of World War Two, the alt-right’s ‘glove’ – that is, its identifying feature and salient characteristic – has typically been the defence of mere ‘lulz’. A distortion of ‘LOL’, or ‘Laugh out Loud’, lulz are a sharper form of offensive humour plied by online activists. Exemplified by ‘Pepe the Frog’ avatars (see Images 1 and 2 with explicit reference to Nazism) and targeted ‘humour’ about ethnic and religious minorities in Europe and North America, lulz provide ironic distance where needed.

In this way, the public response of ‘just joking’ is used as a ‘frontstage’ mechanism; or better, protective shield, to defend against charges of racism and their potential consequences (such as doxing online; or in Europe, falling foul of anti-racist legislation, including Holocaust denial). This ‘postmodern’ approach is candidly described in a leading US fascist ideologue, Andrew Anglin’s, ‘Style Guide’for the neo-Nazi Daily Stormeronline site, which has swiftly become amongst the most popular ‘alt-right’ websites today:

While racial slurs are allowed/recommended, not every reference to non-white should [. . .] be a slur and their use should be based on the tone of the article. Generally, when using racial slurs, it should come across as half-joking – like a racist joke that everyone laughs at because it’s true. This follows the generally light tone of the site. It should not come across as genuine raging vitriol. That is a turnoff to the overwhelming majority of people.

A subsequent section of this ‘Style Guide’ is still more explicit on this point:

The tone of the site should be light.

Most people are not comfortable with material that comes across as vitriolic, raging, non- ironic hatred.

The unindoctrinated should not be able to tell if we are joking or not. There should also be a conscious awareness of mocking stereotypes of hateful racists. I usually think of this as self- deprecating humor – I am a racist making fun of stereotype of racists, because I don’t take myself super-seriously.

This is obviously a ploy and I actually do want to gas kikes. But that’s neither here nor there.

Speaking in forked tongues to a wider public – while simultaneously signalling a fealty to committed activists – has long been a familiar tactic for the postwar radical right, eager to counter the stigma of wartime totalitarianism and genocide by the Axis and their thankfully short-lived ‘new order’ in Europe. Indeed, more than a generation ago, Roger Eatwell raised a distinction between the neo-fascist British National Party’s (BNP) ‘esoteric’ nods-and-winks to fascist members and a more populist, ‘exoteric’ appeal intended for the less extreme, radical-right sympathising public.[2]This is exemplified by BNP’s April 2009 ‘Language and Concepts Discipline Manual’, rule number 1 of which is ‘The BNP is not a “racist” or “racial” party’ – which pretty much guarantees it is, if you need to make that your first rule – while their doublespeak is ‘couched’ memorably in the twelfth rule:

Rule #12: Successful revolutions from the right have always presented themselves as restoring older traditions. Therefore, we should couch our agenda in restorationist terms whenever possible. Ours is a populist traditionalism, not an elitist one.

Ridiculous as this may now sound, it bears mentioning that the very next month this approach the BNP secured two European Parliamentarians and nearly a million votes from the north of England alone. The BNP remains Britain’s most successful radical right party, precisely because of this kind of cosmetic ‘moderation’ put in place by party leader Nick Griffin at the start of this century.

In a book examining this ‘frontstage-backstage’ phenomenon across a range of different countries and groups, Chip Berlet termed this persistent feature ‘coded rhetoric’, while Graham Macklin “Teaching the Truth to the Hardcore” described this frontstage-backstage dynamic as ‘ideological bifurcation’:

ideological bifurcation functions as an innate component of the operating system of post-war fascist ideology. It serves as a mode of communication and as a ‘coping strategy’ enabling far right groups to organize themselves around certain forms of ‘rejected knowledge’ which, since the Second World War, have been profoundly out of step with the values of the societies in which they organize. This duality co-exists without contradiction, resulting in an “exoteric” articulation of its ideology for public consumption and an “esoteric” truth understood by an initiated hardcore of political activists.[3]

To take one but alt-right example chosen at random – for which, read: a mainstream story commented upon by the Daily Stormerat the time of writing – in response to a child in the US bullied for being gay who then committed suicide, Andrew Anglin’s headline is ‘LOL: 9-Year-Old Mulatto Niglet Commits Suicide After Bullying! God Bless the USA!’ The lede for this accountthen proclaims:‘It’s a proud day for all Americans. Things like this don’t happen in Europe, you know – because they love sucking cock and actually encourage little boys to do it, instead of bullying them into suicide for saying they like doing it. This heart-warming tale reminds me of my favorite patriotic song…’ Further racist and homophobic content is then cossetted in just enough lulz to provide a semblance of ironic distancing – just as The Daily Stormer’s‘Style Guide’ advocates. This is standard fare for the alt-right: fascist extremism with just enough ironic wiggle-room to offer an apologia where necessary.

Put simply, leopards do not change their spots. But for fascist activists they try, and have long attempted, to hide in plain sight. More to the point, what might be called ‘ironic misdirection’ is vital for understanding the mainstream push by alt-right ideologues like Anglin – dutifully followed by his legion of online trolls. It is a key technique deployed in the alt-right’s rise to prominence over the last five years. The glimpse provided here, emphasising recurrent themes and leading figures in this still-nascent movement, also serves as a salutary reminder that the revolutionary goals of fascist socio-cultural ‘purity’ – especially in the previously hostile terrain of mainstream politics in Europe and North America, the most familiar stamping grounds for the alt-right to date – have many paths toward this goal; ‘joking’ about the Holocaust then, and non-whites now, is but one of them.

Indeed, although not all fascist trolls are as gratuitously offensive as The Daily Stormer’s explicitly neo-Nazi variant; normalising fascism, and above all, Hitler’s Third Reich and its Axis partners in genocidal crimes, remains the principal tollbooth through which every alt-right group and ideologue must pass. For it is alt-right ideologues that frame, justify and often direct the growing online army of self-proclaimed ‘shitposters’; they are the ringmasters of this racist circus. Pulling this together, in the wordsof perhaps the most influential and sophisticated alt-right ideologue, Richard Spencer, speaking to a roomful of Nazi saluters shortly following Donald Trump’s shock election to the presidency – a key moment of inspiration for American fascism – ‘For us, it is either conquer or die’: ‘Let’s party like its 1933 … Hail Trump! Hail our people! Hail victory! – the latter an English version of Nazism’s Seig Heil!’ 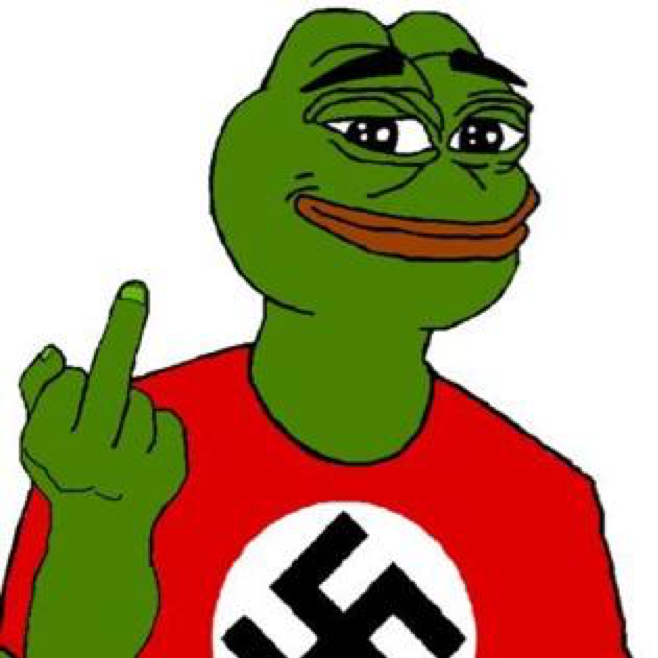 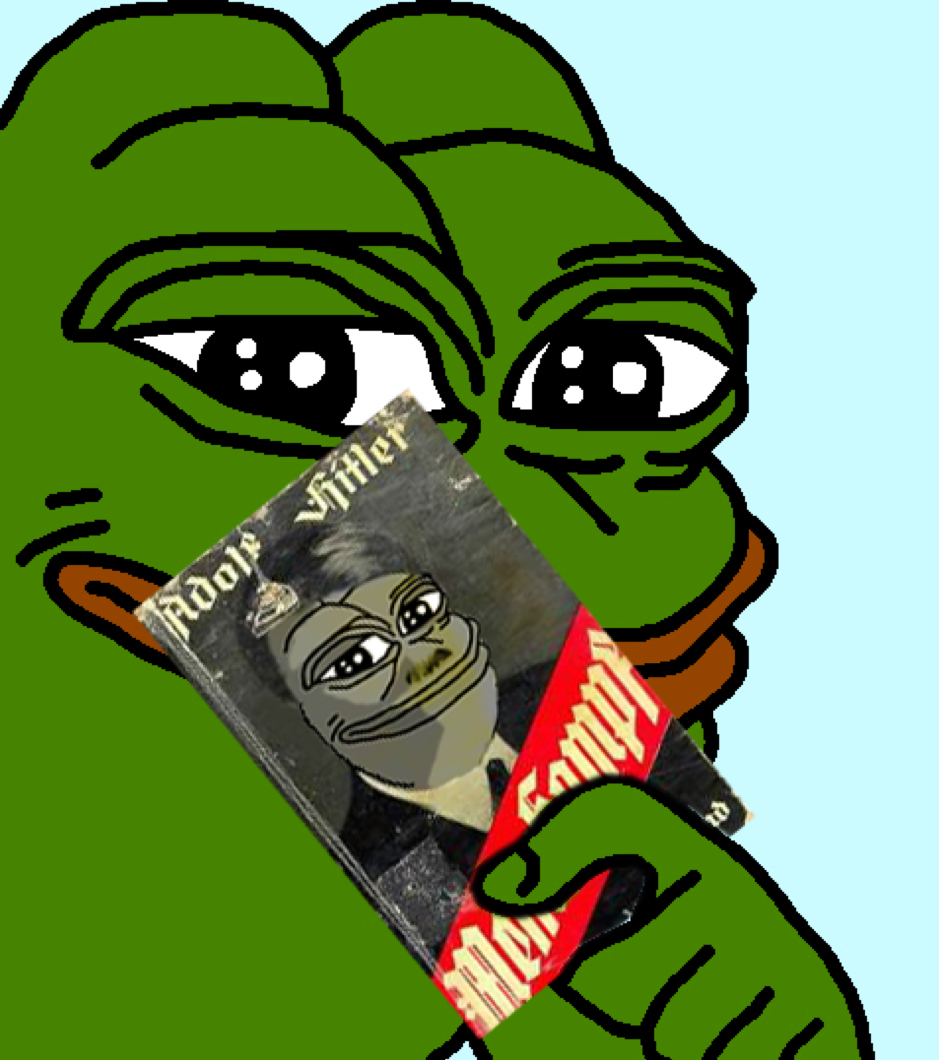 [1]This is my definition, given in the ‘Introduction’ to A Fascist Century: Essays by Roger Griffin, ed. M. Feldman (Palgrave, Basingstoke: 2008), p. xviii.

[3]See, in particular, C. Berlet, ‘Heroes Know Which Villains to Kill: How Coded Rhetoric Incites Scripted Violence’, and G. Macklin, ‘“Teaching the Truth to the Hardcore”: The Public and Private Presentation of BNP Ideology’, in M. Feldman and P. Jackson, eds., Doublespeak: The Rhetoric of the Far-Right since 1945 (Ibidem Verlag, Stuttgart: 2014), cited pp.121-122.

Professor Matthew Feldman is Director at CARR, and a a specialist on fascist ideology and the far-right in Europe and the USA. See his profile here.

Matthew Feldman. Views expressed on this website are individual contributors and do not necessarily reflect that of the Centre for Analysis of the Radical Right (CARR). We are pleased to share previously unpublished materials with the community under creative commons license 4.0 (Attribution-NoDerivatives).

is Director at the Centre for the Analysis of the Radical Right.