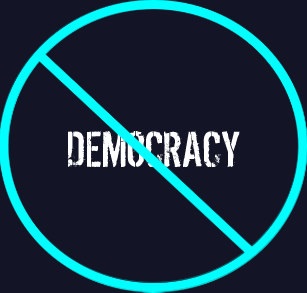 Eliot and Pound of course have been attacked for their bad politics; both were close to Hulme, and Hulme and Pound were deeply involved in the New Age journal, the radical socialist paper that provided a platform for many early modernists. This venue seems to have been a seed-bed for a debate about the limits of liberal democracy, and possible alternatives, which continues today.

The New Age philosophy was both socialist and libertarian. New Age writers objected to the atomising and superficial liberties of classical and New Liberalism, the latter subjecting the poor to a new kind of serfdom through the welfare system. This objection to statism and atomisation has a place in the DNA of Western politics, and it should be more acknowledged. This current of ideas has entered modern thought.

In 2016 John Milbank and Adrian Pabst launched their new book, The Politics of Virtue[1], at the House of Commons. This work argued for a new model of democracy, which they identify as Post-Liberalism, that involves a step back from the atomising effects of globalisation, and a re-assertion of local community ties and industrial allegiances. Their work includes a sustained critique of the dangers of liberalism – its erosion of ethical codes and familial ties, of people’s embeddedness in certain social and cultural contexts. People under liberalism become economic units, their freedom of movement tied to the movement of goods, the processes of immigration driven by the market rendering their social roots and shared values secondary to their abstract value in terms of labour.

Pabst and Milbank instead recommend a system of communities, all contributing to the social whole, but acknowledging both their specific place in society, and their reliance on the greater dexterity of certain elites – whether the elites of industry, of commerce, of religion, of education, or of government. They are elites only within those areas of expertise: they, like the masses, rely themselves on elites in other regions of need and experience. Milbank, in line with Catholic Social Teaching, identifies a religious elite, who will nurse and cultivate the spiritual and moral life of the many.

There are direct lines of inheritance here to the interwar debate, specifically in the influence of Guild Socialism and Distributivism, deriving from the work of A.R. Orage, G.D.H. Cole, S.G. Hobson, G.K. Chesterton, and Hilaire Belloc: these have spawned new forms of politics, known as Red Toryism and Blue Labour. An interesting figure here is Maurice Reckitt, an intermediary between the New Age circle, Eliot’s Christian Socialists, and the Radical Orthodoxy of John Milbank. Reckitt wrote several books on the Guild Socialist idea before leading the Chandos and Christendom groups in the interwar period. His 1972 bequest to the Christendom group directly supported Milbank’s renewal of Catholic Social Teaching which he is today melding with Adrian Pabst’s work on Post-Liberalism. So we can see a direct line between the modernist response to mass politics around 1910 and the critique of liberal atomism mounted by Milbank and Pabst today. Unfortunately, the public statements of the Christendom group were dry and abstract – they seemed, like Eliot’s, to stand aloof from practical politics. The project failed to address the masses in any shape or form and died a recondite death.

Post-Liberalism now seeks again to resolve the alienating effects of globalisation by urging respect for local and communal ties: a sense of belonging underpinned by religious ideas. So is there a way forward distinct from the current populist backlash against liberalism? The trouble with Milbank’s and Pabst’s Post-Liberalism is the distinctly apologetic note apparent in its mention of elites. It does seem a trait of our culture to react instinctively against assertions of superior wisdom or rights by any group of individuals. Although our everyday experience involves submitting to coded, various, hierarchized professional groupings, we remain resistant to their overt display, in particular to those who claim a right to lead.

Perhaps the idea is not wholly purged of its suspect roots. It evolved from the same networks in which T.S. Eliot proposed his Idea of a Christian Society (1939). Of course that ‘Christian Society’ was proposed only seven years after the rapidly withdrawn After Strange Gods (1932), in which Eliot condemns a culturally mixed society in a way that anticipates the ‘dog-whistle’ politics of UKIP and the Trump campaign.

Another tradition runs through the anti-utopian writers Isaiah Berlin, Michael Oakeshott, and John Gray. Reflecting their contemporary relevance, Hadjiyiannis’s seminar series on the History of Ideas, held at Wolfson College, Oxford, from 2013-14, explored the anti-utopian traits of many of these thinkers. Berlin in particular is a foundational figure in a form of pluralism known as ‘agonistic’ thinking. There is too much to be said about their legacy here – and connections might be drawn, also well beyond the reach of this paper, on the legacy of William James and Henri Bergson, major sources for modernist writers like Hulme, for political philosophers today. Under the same influences, William Connolly, Jane Bennett, and Nathan Wilder, among others, have in recent years proposed radical critiques of political identity. They seek a politics flexible enough to accommodate not just human diversity but the diversity within individual experience. How can we order without reducing, how can we marshal without diminution?

Writing in the Journal of Wyndham Lewis Studies in 2015, Christopher Fear interestingly contrasted Connolly, Wilder and Bennett’s ideas with Wyndham Lewis’s critique of Bergson. There is no space to do it justice, but a sample of Wilder’s argument as summarized by Fear may be a conversation piece:

… ‘identity’ is not fixed. Indeed, identity (and therefore people’s identities) are, like everything in and around us, in flux, on account of the nature of time. Time… by being both continuous… and discontinuous… [generates] ‘illusions of identity and stability, which organize much of our thinking, our discourse, and our personal, social, and political worlds’… social and political formations, being constituted by historically specific and contingent practices, are nonetheless also tied to an excess and discontinuity that give them their out-of-sync structure’… [Identity is] ‘fictitious’, [no more than a] ‘surface projection’. Nevertheless, concepts of identity are used to structure ‘a certain level of political and social life, figuring prominently in the standards of normality and deviancy that seem to give sense to various practices and institutions.’… [Although there is] ‘an experience of unity, or being an ego or an “I,”’ it is an experience that… should no longer be allowed to result in concepts of identity, ego, ‘and associated categories’ for political-philosophical use. The ‘political’ moral… is that we must resist … the ‘segments’ and ‘categories’ in which we are sorted with the identities assigned to us. We must now activate ‘a politics that surmounts these crude divisions through a creative and revolutionary becoming’.[2]

The benefits of a ‘New Bergsonist’ ‘time philosophy’ to political thinking are an awareness of the mercurial, continually shifting well-springs of human behaviour and political attitude; a sense of the inadequacy of systems of thought, with their tendency to rigid distinction and demands of chronological consistency, to reflect the multiplicity of memory, sense impression, anticipation, and intuition that make up consciousness. This brings us back to the double meaning of pluralism to refer to both psychological and social multiplicity, suggesting an elusive goal of refining the Guild system’s adumbrated, spidery lines connecting realms of experience and expertise; a utopian alternative to steel, tensile wires of power, loose skeins charged with alternating currents of influence and collaboration between changeable individuals.

Finally, a word on Cambridge Analytica – the modern day crowd psychologists, now vastly empowered by statistical tools and algorithms – who can predict what we believe within two clicks of the mouse. Think of Hulme on the control of the mind – the typewriter that can control the mind:

Some day a wonderful book will be written on the art of persuasion, a new sophistic. One may suppose that psychology will ultimately become as complete a science as geometry and mechanics are now. It will be possible then to predict the effect of an argument on a man’s mind as surely as one can now predict the eclipse of the moon. On the basis of this developed science will be built an infallible set of rules for converting a man to any opinion you like. The mechanism of mind will be as bare as that of a typewriter. You will press the right levers and the result you want will follow inevitably .[3]

‘The capacity for this science to be used to manipulate emotions is very well established… military-funded technology… has been harnessed by a global plutocracy and is being used to sway elections in ways that people can’t even see, don’t even realise is happening to them… Thus we begin to see the growth of a “managed” democracy. Paid for by a US billionaire. Using military-style technology. Delivered by Facebook. And enabled by us.’[4]

Dr Henry Mead is a Senior Fellow at CARR and is the Head of Geopolitical Research, Centre for Issue and Crisis Management. See his profile here:

© Henry Mead. Views expressed on this website are individual contributors and do not necessarily reflect that of the Centre for Analysis of the Radical Right (CARR). We are pleased to share previously unpublished materials with the community under creative commons license 4.0 (Attribution-NoDerivatives).