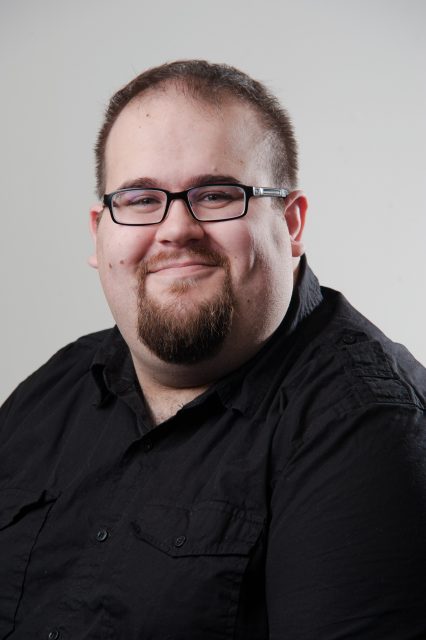 Daniel Jones is a dedicated researcher on the extreme right and anti-fascism, employed to manage and archive the accumulated collections of the foremost anti-fascist organisation in post-war Britain, Searchlight magazine. As well as curating and facilitating access to this important resource, Daniel is also an active researcher in the area of post-war fascist and anti-fascist identity and activity, especially focusing on their print media outputs and analysis of their discourse. Daniel has co-authored work on extreme right groups, and run successful funded projects examining the pedagogical benefits of integrating extreme archival material into teaching and training.

Having completed his MA in History from Oxford Brookes, Daniel has been working on the Searchlight Archive since its creation in 2012 at the University of Northampton where he also is finishing his doctoral thesis on Spearhead and Searchlight magazines creation and use of identity from 1964-1982, under the supervision of Dr Paul Jackson. As part of his studies and work at Northampton, Daniel has been involved in radicalism research and conferences since 2009. As well as his research, Daniel has a keen interest in examining the methods of how we educate around extremism, and promote awareness.

Daniel has co-authored a chapter on the small but violent neo-Nazi groupuscule the National Socialist Group with Dr Paul Jackson for Tomorrow Belongs to Us (2018) as well as having been invited to give talks and presentations at various Universities and the Institute of Historical Research on his work cataloguing the extreme right. Daniel also has experience working with the media, having assisted journalists from many national and international news organisations, and provided interviews such as for Canadian Broadcasting Company.

‘Arrest of alleged neo-Nazis in British army shows U.K. is “waking up to the threat of the far right”’, interview in audio and text with Canadian Broadcasting Corporation, Sep. 2017, online at: http://www.cbc.ca/radio/asithappens/as-it-happens-tuesday-edition-1.4275460/arrest-of-alleged-neo-nazis-in-british-army-shows-u-k-is-waking-up-to-the-threat-of-the-far-right-1.4275975

‘The Brexit that never was: Spearhead and 1975’, presentation given at University of Northampton, Jul. 2017, online at: http://nectar.northampton.ac.uk/9670/

‘Items from the Archive: Exploring the Extreme Right in the West Midlands’, presentation given at University of Wolverhampton, Jun. 2017, online at: http://nectar.northampton.ac.uk/9668/

‘The Cable Street Riots’, blog for University of Northampton, Oct. 2016, online at: https://medium.com/history-at-the-university-of-northampton/the-cable-street-riots-a80e48312699

‘The Searchlight Archive Collection at the University of Northampton: A Research Note’, research note for Journal for Deradicalization, Jun. 2015, online at: http://journals.sfu.ca/jd/index.php/jd/article/view/22