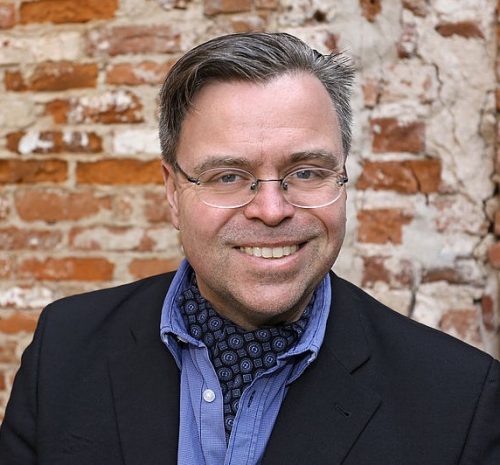 Dr. Andreas Önnerfors is a specialist on far-right concepts and ideas in Europe in general and Germany in particular. He has written about counter-jihadism and the German New Right (PEGIDA and related movements) for academic and wider audiences. A specialist on the history of secret societies, a particular focus in Dr. Önnerfors’ authorship is the role of conspiracy beliefs in radical meaning-making. He is the author of Freemasonry – A Very Short Introduction (OUP, 2017). Having taught at the Department of Global Political Studies at the University of Malmö, Sweden, he was a tenured reader at the University of Gothenburg, Sweden within the History of Sciences and Ideas, where he lectured intellectual history and the history of political thought. He is now a Professor in Intellectual History at the University of Erfurt in Germany.

In his recent book Expressions of Radicalization: Global Politics, Processes and Practices (edited together with Kristian Steiner, Palgrave McMillan, 2018) Önnerfors proposes to adapt a holistic approach in researching contemporary varieties of terrorism, extremism and radicalization across the ideological spectrum. These phenomena occur on both cognitive and behavioral levels in an intricate dynamic between ideas and (violent) actions; directed against different target collectives by thought and other methods, buttressed by both offline and online support communities. Dr. Önnerfors book chapter is devoted to an analysis of radical language in the German PEGIDA movement, a topic further developed in a series of forthcoming publications and in ”Between Breivik and PEGIDA: The Absence of Ideologues and Leaders in the Contemporary European Far-Right”, in Patterns of Prejudice 2017.

A particular concern of Dr. Önnerfors is the impact of the European right-wing swing upon civil society and mainstream political culture in general. He belonged to the few voices opposing the Swedish decision to impose an oppressive border regime between Sweden and Denmark at the peak of the refugee crisis of 2015/6. The parliamentary resolution (invoking unspecified threats against ‘national security’ as its main argument), taken by the red-green government with votes of support from the far-right party Sweden Democrats infringed upon the liberties of people living in the cross-border region without consulting them. See “These Denmark-Sweden border controls turn back the clock to a pre-Europe age”, Op Ed in The Guardian 4 January 2016.

Önnerfors contributes regularly to the Swedish and international press and engages in various forms of knowledge exchange activities.