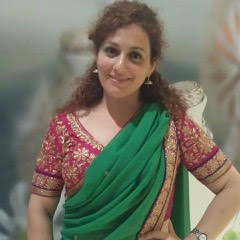 Lecturer in English and German Philologies, University of Granada.

Dr Carmen Aguilera-Carnerero is a lecturer in the Department of English and German Philology at the University of Granada. Previously, she had also been teaching at the School of Education and at the department of English Studies at the University of Murcia. She has also taught at the Universities of Istanbul, Bologne and Prague. Her postdoctoral research is mainly focused on the Internet discourse specifically on the use of extreme speech online against certain ethno-religious groups. She has published widely on the field and presented her latest work in more than 20 international conferences. Currently she is involved in a Spanish government funded interdisciplinary project about the detection and monitorization of the discourse of Islamist terrorism.

Some of her publications on these fields are:

Report (funded by USAID and NCEASL) “The construction of national identity online post 2015 in Sri Lanka”  and the section on Spain in the European Islamophobia Report for the years 2016 & 2017 and “Visual hate speech and popular culture: the case of Islamophobic memes” (under review).

Currently, I am preparing the Islamophobia report for Spain for 2018, a publication on the discourse of the post-war communal tensions in Sri Lanka (which involves Islamophobia too) and a paper on the extreme speech online of Islamic terrorists through the analysis of their propaganda photos.

Areas of specialization are the analysis of extreme speech both textual (Critical Discourse Analysis) and visual (Social Semiotics). Specifically, my interest is focused on three main areas:

As a linguist, my approach is based on the microlinguistic (text) and microsemiotic (images) features that I connect with a socio-political level.