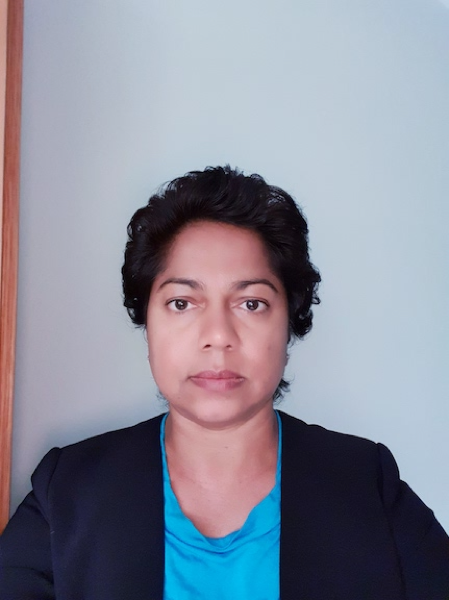 Chamila Liyanage is a specialist on terrorism and political violence and has experience working primarily on three focus areas: secessionist conflicts, religious extremism, and radical right social movements. She conducted research on the Palestinian conflict, examining how historical narrative context and the accompanied belief system feed conflict dynamics. She examined the organisation and strategy of the Liberation Tigers of Tamil Eelam (LTTE), paying particular attention to organic ties of a certain ethnic group that contribute to creating a well-functioning organisation that withstands and, at times, overrides the established power structures of a traditional state. Her research on post-conflict peace building (concerning military demobilisation and re-integration in Sri Lanka) examined the possibilities of rehabilitating thousands of battle-hardened soldiers back into society. Chamila also conducted research in the UK and Australia to analyse the policy challenges of counter-radicalisation in preventing extremist indoctrination at the grassroots level. Her PhD thesis, which was based on this initial research, examined the UK Prevent counter-radicalisation strategy under the Labour government. This study also analysed the learning curve of classical British counterinsurgency to understand the idea of counter-radicalisation in a British context. It assessed how such a learning curve behaves within the current organisation, policy, and practice – as well as within the ‘mindset’ of counter-radicalisation, contributing to form a specific style in terms of policy formulation and practice. She also conducted a study analysing social media profiles of radical right virtual actors and their narratives. This study paid attention to how the radical right exploits contemporary global upheavals to form resonating narratives – a crucial step for belief and group formation. Her current research focuses on transnational radical right social movements on the Internet and their narratives in terms of ideas, beliefs, myths, and symbolism. She has published several research papers and a book as the outcome of her past research: “Global Terrorism: Post-9/11,” in Counterterrorism: From the Cold War to the War on Terror, ed. Frank Shanty (Santa Barbara, CA: Praeger 2012); “Lessons of Afghanistan and Iraq,” in Counterterrorism: From the Cold War to the War on Terror, ed. Frank Shanty (Santa Barbara, CA: Praeger  2012); “Coping with Vulnerability among the Families of Soldiers in a Context of Demobilisation: Perspectives on Post-Conflict Peace Building,” in Poverty and Social Conflict in Sri Lanka: Integrating Conflict Sensitivity into Poverty Analysis, ed. Ronnate Asirwatham. (Colombo: Centre for Poverty Analysis 2004); Palestine Problem: Dilemma of Peace (Colombo: Godage Publishers 2002).