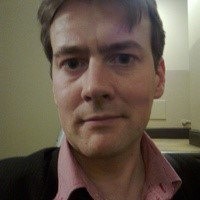 Dr Henry Mead is a Research Fellow with the ERC ‘Between the Times’ project at Tallinn University. A specialist in modernist ideology and its intellectual origins in Europe and the US, his current interests include pluralist politics in the post-war period, and geopolitical applications of ‘agonistic liberalism’. He has published articles and book chapters for both academic and general readerships. In 2013 Dr Mead became a Research Associate at Britain’s first unit dedicated to analysis of radical right extremism, the Centre for Fascist, Anti-fascist and Post-fascist Studies (CFAPS). He also teaches for various American university visiting student programmes in Oxford, and since 2015 has acted as a consultant with the Centre for Issue and Crisis Management (CICM), an independent thinktank in central London. His analysis of modernist ideology extends up to the present-day in his treatments of Post-Liberalism and its implications for foreign policy in the wake of neo-con adventurism and the rise of popular nationalism.

Ideologies of the 19th, 20th and 21st centuries; politics and religion; political religions; the nexus of liberal, socialist, and conservative thought contributing to the rise of fascism; theories of agonism, pluralism, and conflict politics in the post-war period; multiculturalism in the West, and geopolitical developments in the Middle East.