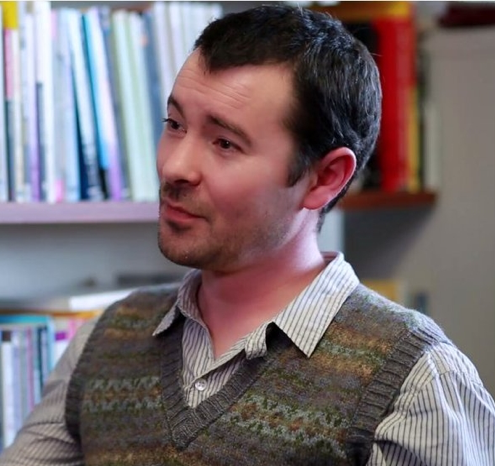 Dr John E. Richardson is Adjunct Associate Professor in Language and Linguistics, at University of the Sunshine Coast. He is an international authority in the field of Critical Discourse Studies and has published leading research in discourse analysis, fascism studies and, most recently, on the rhetoric and mediation of Holocaust commemoration.

He has helped deliver client-facing projects for the BBC (Reporting Israel-Palestine), the Commission for Racial Equality (‘Britishness’ during General Election campaigns) and the Scottish Government (Community Experiences of Sectarianism). The research report for the Scottish Government helped shape both their thinking on sectarian hatred and culture and their new procurement ethos, which now puts greater weight onto interdisciplinary research. From February 2017-January 2018 he was a Leverhulme Trust Research Fellow, researching the commemoration of Holocaust Memorial Day in Britain.

He is Editor of the international journal Critical Discourse Studies and co-editor of the Bloomsbury book series Advances in Critical Discourse Studies. In addition he is on the editorial boards of all the leading international journals for critical discourse analysis – Discourse and Society (Sage), Discourse and Communication (Sage), Journal of Language and Politics (John Benjamins) and Social Semiotics (Taylor and Francis) – and the editorial advisory board for the interdisciplinary monograph series in critical discourse studies (Discourse Approaches to Politics, Society and Culture, John Benjamins).

His research has been translated into Chinese, Japanese, Farsi, Portuguese and French.

The discourse of British fascism; fascist ideology and practice since 1918; radical-right terrorism; mediation of Holocaust Commemoration; rhetoric and argumentation

Analyst of radical right discourse in Britain, past and present.