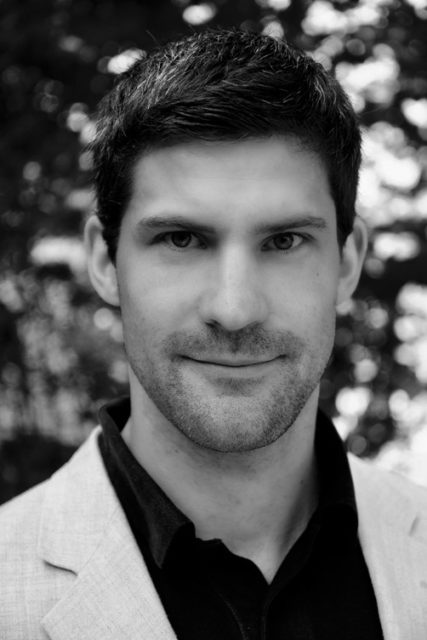 Dr. Tobias Hof is a Privatdozent for Modern and Contemporary History at the Ludwig-Maximilians-University in Munich and researches the history of terrorism and counterterrorism as well as the history of fascism with a special focus on Italy and Germany. Between 2014 and 2018 he was the DAAD Visiting Professor for German and European Studies at the History Department and Center for European Studies at the University of North Carolina at Chapel Hill. Before he joined the faculty at UNC Chapel Hill, he was a Post-Doctoral Fellow at the Washington University in St. Louis and a research fellow at the Institut for Contemporary History Munich-Berlin. During his career he received several fellowships from various institutions, including the German Academic Exchange Service, the Volkswagen Foundation, the German Historical Institute, and the Gerda Henkel Foundation.

He is currently finishing his biography on Galeazzo Ciano (1904-1944), Italian Foreign Minister and son-in-law of Benito Mussolini. The biography centres on the structure of the Italian fascist regime as well as Italy’s foreign policy in the 1930s and 1940s, including the attempt to create a transnational fascist network. It also looks at how Italian national identity, highly disputed since the Risorgimento, influenced racism, anti-Semitism and violence during the fascist period. To find answers to these questions Hof applies a variety of methodologies ranging from diplomatic history to concepts of power and charismatic authority to theories taken from performance studies.

Until today, we still have almost no thoroughly researched academic studies of any of the leading figures of the Italian fascist regime besides Mussolini. The failure to carefully engage with Ciano and other members of the inner circle has far reaching consequences for our understanding of Italian fascism. Only by analyzing other members of the fascist elite, including Ciano, we are better able to understand the contradictions and the complexity of fascist domestic and foreign policy—rather than dismissing them as the result of Mussolini’s machinations or some stereotypical Italian mentality. With the support of the Gerda Henkel Foundation, the biography will be published as under an advanced contract with University of Toronto Press.

In addition, Hof is currently putting together the edited volume Terrorism and Transatlantic Relations: Cooperation and Divisions with Prof. Klaus Larres, which will be published by Palgrave Macmillan. He will contribute the article “The Rise of the Right: Populism and Terrorism in the U.S. and Europe,” which analyses the far right’s transnational networks from a historical perspective.

Tobias Hof has published extensively on the history of terrorism and anti-terrorism as well as fascism. His most recent publications include “The Threat of International Terrorism,” in K. Larres / R. Wittlinger (eds), Understanding Global Politics: Actors and Themes in International Affairs (London New York: Routledge 2019), 375-389;  “From Extremism to Terrorism: The Far Right in Italy and West Germany,” Contemporary European History 27, 3 (2018): 412-431; “Extreme Violence and Military Identity – The Italians on the Balkans (1941-1943),” Zeitschrift für Genozidforschung. Strukturen, Folgen, Gegenwart kollektiver Gewalt 16, 1 (2018): 57-84. He is also the author of the book Staat und Terrorismus in Italien 1969 – 1987 (Munich: Oldenbourg 2011) and the editor of Empire, Ideology, and Mass Violence: The Long 20th Century in Comparative Perspective (Munich: UTZ Verlag 2016) and Verfilmte Trümmerlandschaften. Nachkriegserzählungen im internationalen Kino 1945-1949 (Boston Berlin: DeGruyter Oldenbourg 2019, eds. with Johannes Hürter). The latter book analyzes films from the immediate postwar period that are characteristic for their cinematic engagement with the Nazi and fascist past as well as contemporary political and social problems.