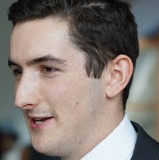 As Associate Director, William is responsible for helping guide the strategic direction of CARR (including CARR Research Projects), editing on Senior and Practitioner and Policy Fellow blog posts, maintaining CARR's FRGB dataset, co-supervising interns and helping with the day-to-day management of the Centre.

Dr William Allchorn is a specialist on anti-Islamic protest movements and radical right social movements in the UK and Western Europe. His PhD thesis mapped political, policing and local authority responses to the English Defence League in five UK locations. William finished his first academic monograph with Routledge in late 2018 – looking at policy responses to the EDL and Britain First over the past decade. His previous published work has looked at the dynamics of activism within anti-Islam movements and counter-extremism responses towards such groups. William has taught undergraduate courses and given lectures on the radical right in Western Europe; both at the social movement and party political level. Previous consultancy has included delivering counter narrative engagement sessions in the North East of England and putting together a ‘Countering Radical Right Narratives’ educational pack. As of April 2018, William Allchorn is the Associate Director of CARR.