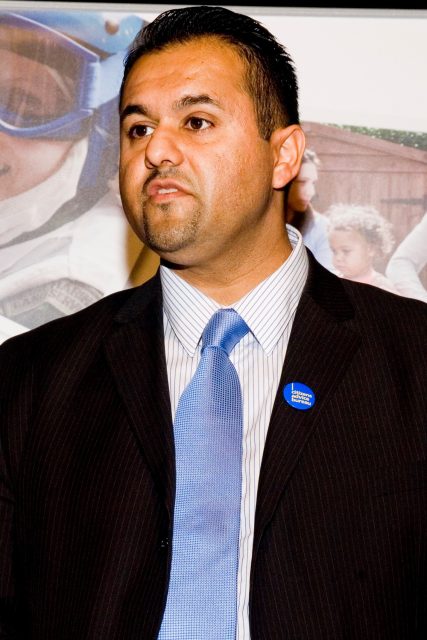 Founder and Director of Tell MAMA.

Fiyaz Mughal OBE is the founder and Director of the national anti-Muslim hate crime monitoring project called TELL MAMA. TELL MAMA ensures the mapping monitoring and measuring of anti-Muslim hatred across England and Wales and is the only national project that works in this area. Since 2012, the project has assisted over 11,400 people and ensured over 700 arrests across the country.

Fiyaz also founded the national annual No2H8 Crime Awards ceremony which provides a platform for over 17 national hate crime agencies to honour those individuals, organisations, politicians and young people who tirelessly counter hatred, prejudice and intolerance. This national event has attracted support from the Mayor of London, senior Government Ministers and from police forces and non-governmental agencies across the United Kingdom.

Fiyaz was previously a Councillor in Haringey (2006-2010) and a Councillor in Oxford (2002-2004). A previous Deputy President of a mainstream political party in the UK, he has also campaigned heavily on Black and Minority Ethnic (group) inclusion within political parties and discourses. He was also appointed to be on the Working Group for Communities that was linked to the Extremism Task Force developed in 2005 after the 7/7 bombings. In early 2008, Fiyaz was successful in becoming an elected member Peer Mentor for national work with local authorities on the Preventing Violent Extremism agenda.

Fiyaz was also previously appointed by the Secretary of State for the Department for Communities and Local Government (the Rt Hon Hazel Blears MP) to be a member of the Local Delivery Advisory Group on Preventing Violent Extremism. He was also appointed as the Advisor to the Leader of the Liberal Democrats, Nick Clegg MP, on interfaith and preventing radicalisation and extremism between 2009 – 2010. Fiyaz was honoured in June 2009 by Her Majesty the Queen and was bestowed with the Honour of the Order of the British Empire.

Between 2012-2014, Fiyaz was part of the Government’s Advisory Committee on Tackling Anti-Muslim Hatred, administered by the Department for Communities and Local Government. Fiyaz has also served on various Parliamentary committees in an advisory capacity and in 2016, was an Adviser to the Women and Equalities Committee. He is currently a trustee of the Holocaust Memorial Day Charity.