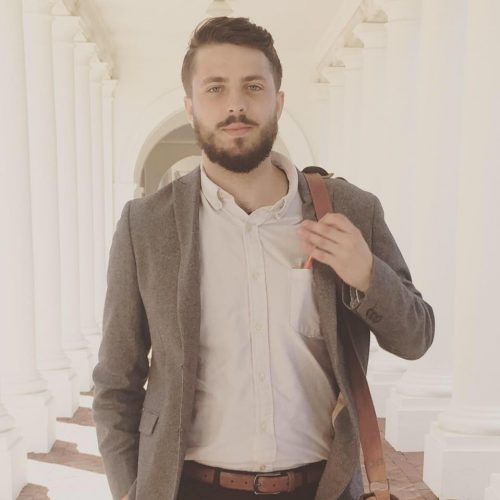 Doctoral student in Department of Politics and International Relations, University of Oxford.

Nicholas is a first-year doctoral student in politics at the University of Oxford (starting October 2019). His research interests are comparative politics, democracy, and nationalism in Central and Eastern Europe. His previous research and current dissertation explore how the ways which people think about their nationality influences their political decision making, including radicalization and extremism, and uses quantitative methods on survey data, computational and qualitative methods on elite-discourses in parliaments, and small-N case study approaches. Nicholas also holds a BA in Government and Russian, East European & Eurasian Studies from the University of Texas at Austin and an MSc in Comparative Politics (Nationalism & Ethnicity) from the London School of Economics. He runs a podcast series on Nationalism Studies at https://asen.ac.uk/.