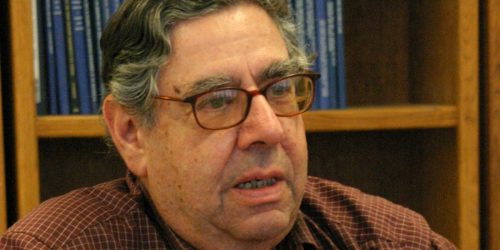 Emeritus Professor of Political Science, University of Nevada. Senior Editor of the journal Democracy and Security.

Leonard Weinberg is Emeritus Foundation Professor of Political Science at the University of Nevada and has served as a senior fellow at the National Memorial Institute for the Prevention of Terrorism in Oklahoma City and at the National Security Studies Center at the University of Haifa (Israel). Over the course of his career he has been a Fulbright senior research fellow for Italy, a visiting scholar at UCLA, a guest professor at the University of Florence, a visiting professor at King’s College, University of London, the University of Haifa, and the recipient of an H. F. Guggenheim Foundation grant for the study of political violence. He has also served as a consultant to the United Nations (Office for the Prevention of Terrorism, Agency for Crime Control and Drug Prevention) . For his work in promoting Christian-Jewish reconciliation Weinberg was a recipient of the 1999 Thornton Peace Prize.

His books include Democracy and Terrorism (2013) , The End of Terrorism (2011) Democratic Responses to Terrorism (2007, ed.), Global Terrorism (2005), Political Parties and Terrorist Groups (2003, with Ami Pedahzur), Right-Wing Extremism in the Twenty-First Century (2003, eds. with Peter Merkl), Religious Fundamentalism and Political Extremism (2003, Eds. With Ami Pedahzur), The Democratic Experience and Political Violence (2001, eds. with David Rapoport), The Emergence of a Euro-American Radical Right (1998, with Jeffrey Kaplan). His articles have appeared in such journals as The British Journal of Political Science, Comparative Politics, and Party Politics.